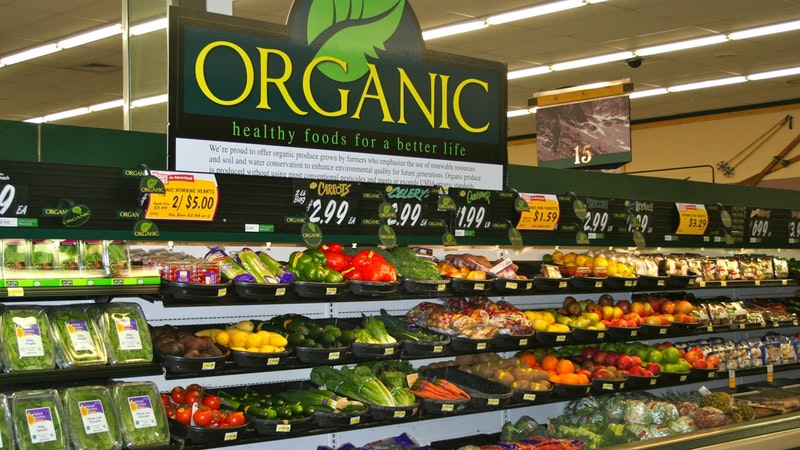 It’s hard to walk into a supermarket anywhere these days and not see Organic food.  I am living on the Baja Peninsula and I am able to purchase organic popcorn and oatmeal.

It seems organic is the rage but, not everyone agrees .  There are headlines like the following:

So the question then is, “What’s the real truth about organic food?”  Is organic food a big rip off or is it a healthy and sensible alternative to bug killer, weed killer and GMO?  Let’s see!

One of the most fascinating reports about organic food comes from a large project recently  commissioned by the European Parliament.  Experts from around the world were asked to study whether organic food and farming is healthier for us.  Here are some of the conclusions:

When produce from farms has been tested, organic food has far less pesticide residue compared with conventional (non-organic).  By eating organic food you can significantly decrease your exposure to pesticides!

According to consumer reports, “Organic is a strictly regulated term, so you can trust that you’re getting produce grown with minimal if any synthetic pesticides

Many of the pesticides used on conventional farms are hormone disruptors, neurotoxins, or reproductive toxins which are strongly linked to many diseases and health issues:

Pesticides are even MORE damaging to children because their metabolism is different than adults and toxins remain longer in their body.  The damage starts in the womb! See the video “Ten Americans” by the Environmental Working Group. EWG President Ken Cook shares shocking information about how babies are born pre-polluted with as many as 300 industrial chemicals in their bodies.

From the American Academy of Pediatrics

Critics say the amount of pesticides on food is too small to do any damage – but that isn’t the case when talking about endocrine-disruptors!

According to the Presidents Cancer Panel, “The entire U.S. population is exposed on a daily basis to numerous agricultural chemicals… Many of these chemicals have known or suspected carcinogenic or endocrine-disrupting properties.”

When it comes to endocrine disruptors, chronic small exposures matter.

Taken from the above video, “10 Americans”  Cialis is effective at a low dose of 30 PPB, while Nuvaring is effective for prevention of pregnancy at  0.035 PPB and a typical dose of paxil might be 30 PPB.  SO clearly parts per billion matter.

Now look at the doses of glyphosate found in breakfast cereal:  These stats are horryfying. It has been thought by some that very small amounts (.1 ppb) could be harmful.  Cheerios was found to have over 1000 ppb of glyphosate.  Many of our most popular foods, Wheaties (breakfast of champions ha!) Raisin Bran, Fritos, Goldfish, Oreos, Ritz …and the list goes on, contain substantial amounts of this dangerous chemical.

Just Wash It Off

It’s not that easy.  Many of the chemicals used on conventional food are systemic – meaning they’re absorbed into the food and you can’t simply just wash it off.

When it comes to non-organic packaged food, almost all of it contains GMOs that absorb and contain glyphosate weed killer strongly linked to cancer and numerous diseases.  This weed killer is used on non-GMO crops too – but banned on organic!

There are often MULTIPLE pesticides in each fruit or vegetable – and residue rates are rising.  Several pesticide residues are usually found and there’s no legal limit on the number of different pesticides allowed on food.  And, the problem is getting worse:

“One sample of strawberries contained residues of 20 pesticides, according to the “Pesticide Data Program” (PDP) report issued this month by the USDA’s Agricultural Marketing Service… Notably, the agency said only 15 percent of the 10,187 samples tested were free from any detectable pesticide residues.

That’s a marked difference from 2014, when the USDA found that over 41 percent of samples were “clean” or showed no detectable pesticide residues.” ~ Carey Gillam, U.S. Right To Know, November 2016.

Experts at the U.N. recently warned that pesticides end up in our water systems, damage our ecological system, contaminate soils, are responsible for bee deaths, and are a huge environmental threat to the future of food production.   The issue of world hunger is due to poverty, inequality and distribution – not lack of food.

“It is time to overturn the myth that pesticides are necessary to feed the world and create a global process to transition toward safer and healthier food and agricultural production.” ~ U.N. Special Rapporteurs on Toxics and the Right to Food, March 2017

Are pesticide used on organic food?

It is true that organic food is not always pesticide free.  Pesticides aren’t used often on organics because other methods are required to be used first to control pests like cover crops, mechanical weeding, and rotations to create a soil diversity and a healthy ecosystem.

Organic-approved pesticides are only allowed to be used as a “last resort” on organic crops, when these other methods fail, and farmers have to demonstrate the need to their organic certifier.   In general, organic farmers are reluctant to use pesticides.  When pesticides are used, organic farmers generally use natural and non-toxic substances derived from plants or bacteria.

Before a pesticide can be approved for organics, it goes through many hoops and is more rigorously reviewed than other pesticides. That’s why there are only about 25 synthetic products permitted on organic farms, while non-organic farms have upwards of 900 agrochemicals to use at their disposal!

Tested organic produce contains much lower pesticide residues than non-organic. This is further evidence that organic farmers aren’t using pesticides just because they are permitted.

Carrageenan is on the organic chopping block as well.

Although you ALWAYS need to read the ingredient list – even on organic products – it’s easier to find products without a crazy long list of additives and that actually contain real food!

If you eat meat or dairy products, choosing organic is even MORE important.  Conventional meat, eggs, and dairy can be contaminated with even more synthetic pesticides than plant-based foods.  Pesticides used on feed accumulate in animal tissues over time – and pesticide residues have been found in conventional beef, egg, milk, pork, and poultry samples.

When raising organic animals only certified organic feed is allowed.

Most conventional animals are also raised on growth-promoting steroids, antibiotics, and other drugs – and these residues have been found in meat also.

The overuse of growth-promoting antibiotics is creating superbugs that contaminate the meat, putting us at greater risk of antibiotic-resistant infections.  These drugs are prohibited in the raising of organic animals!

Ultimately, it’s best to buy organic food grown on small local farms where you can shake the farmer’s hand and ask questions.

we all have to eat and organic food remains the lowest risk.

Organic can be more expensive, but it’s worth it.

I believe that buying quality organic food and eating the most nutritious foods on the planet will save you big bucks down the road in medical costs, prescription drugs and doctor visits –

From The Food Babe, “When I switched to eating primarily organic whole foods, everything changed in my life. I went from someone overweight and sick to a new being of vibrant health. I want everyone to feel this way!”

Toxins And Our Environment

Since 1985, over 20,000 new chemicals have been introduced and are soaking our environment, our children and you.  And yes! the FDA and EPA allow it.  These industries are, to a great extent, unregulated.   To learn more about toxins in your home and body and your children, check out The Toxic Truth. The magnitude of the problem will astound you.

Did This Help You learn about  “Organic Food – Overpriced Scam or Healthy Alternative” If yes, I would greatly appreciate it if you commented below and shared on Facebook. 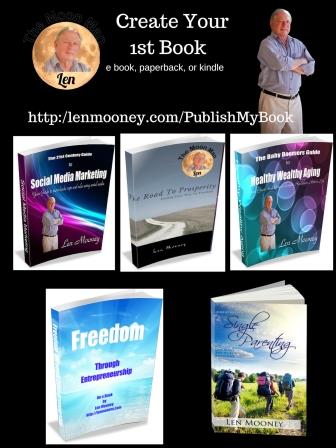 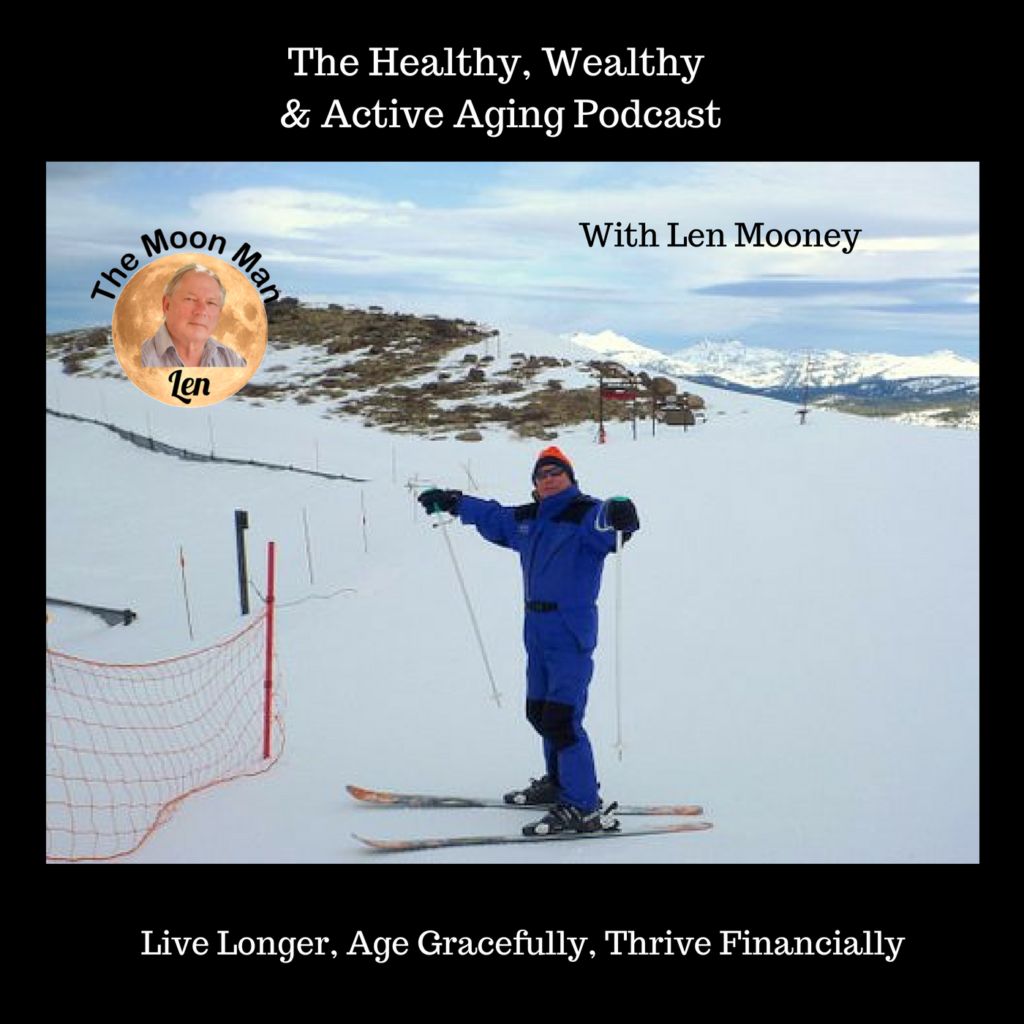 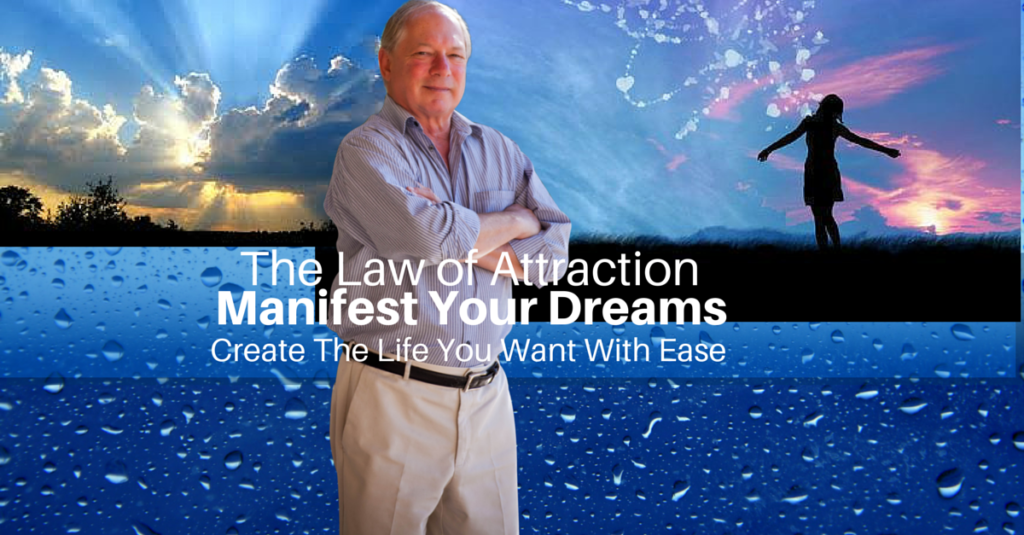 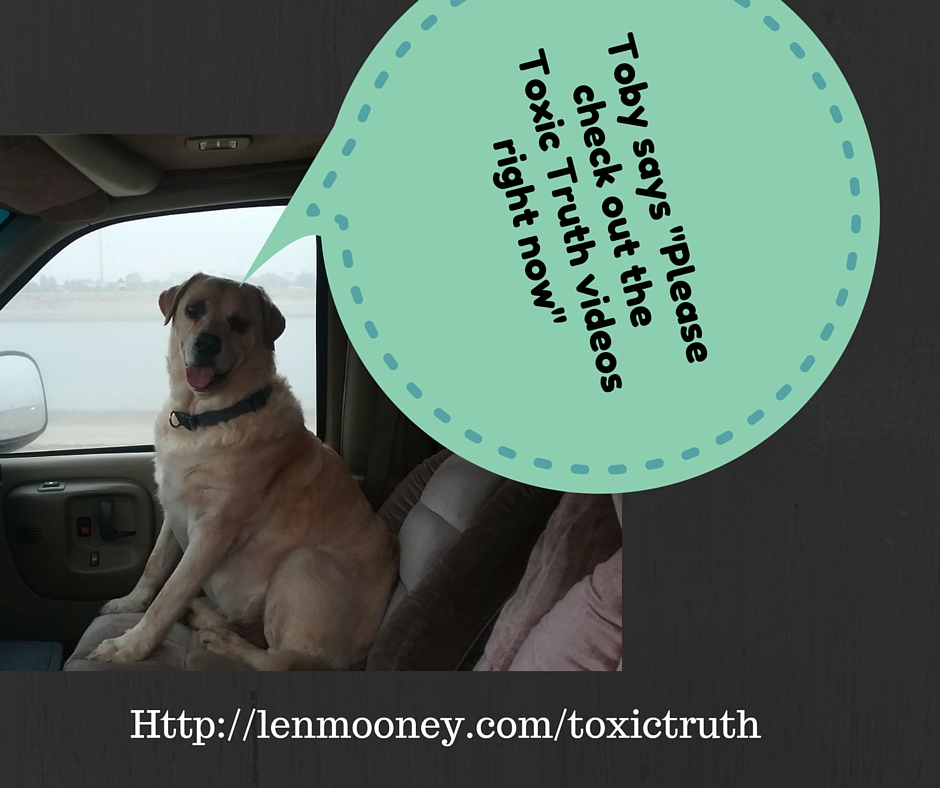 Learn the truth about toxins in you, your kids, your home and your environment and what you can do about it.

Give Me My Video 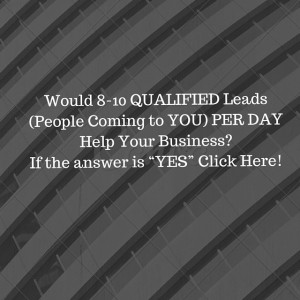 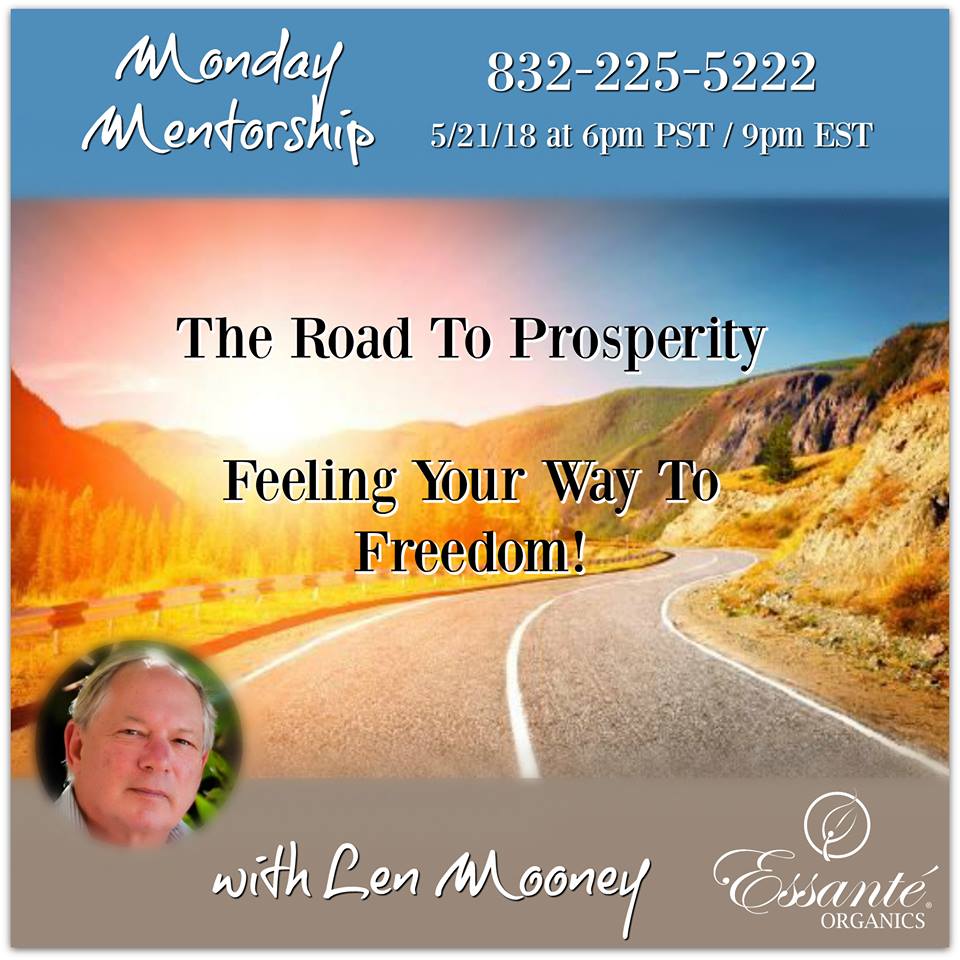 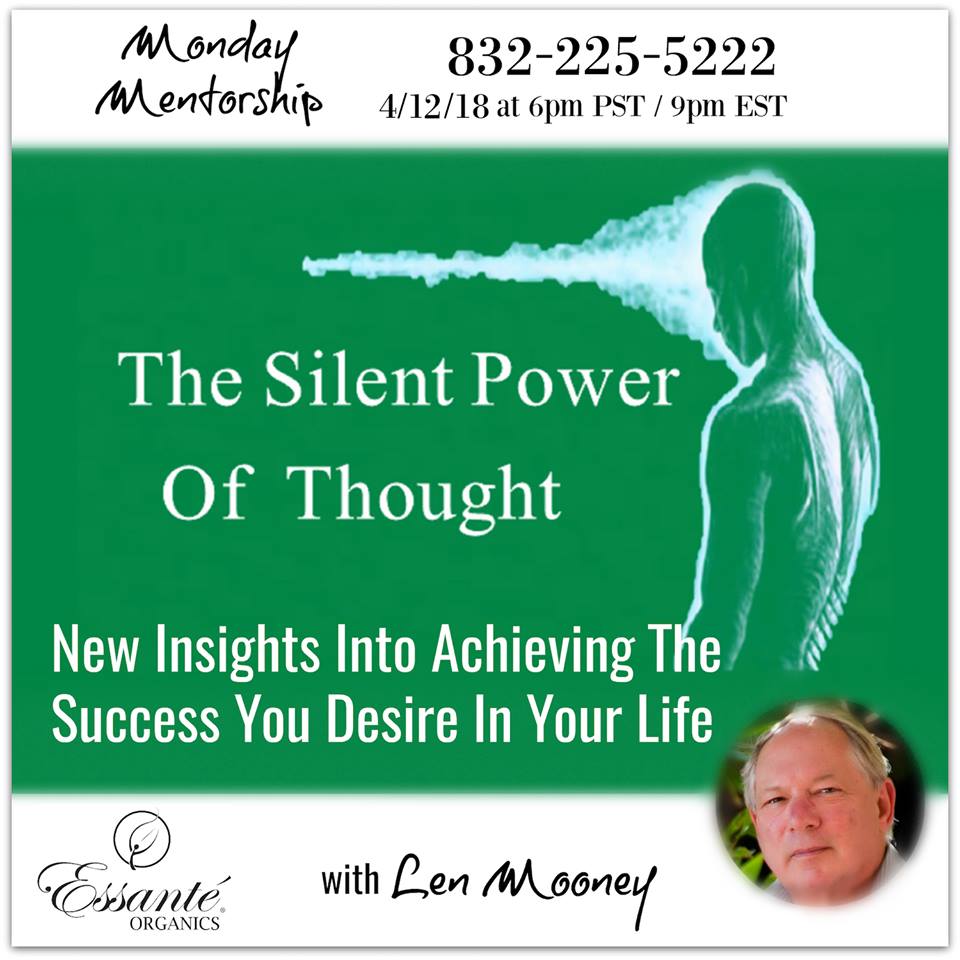 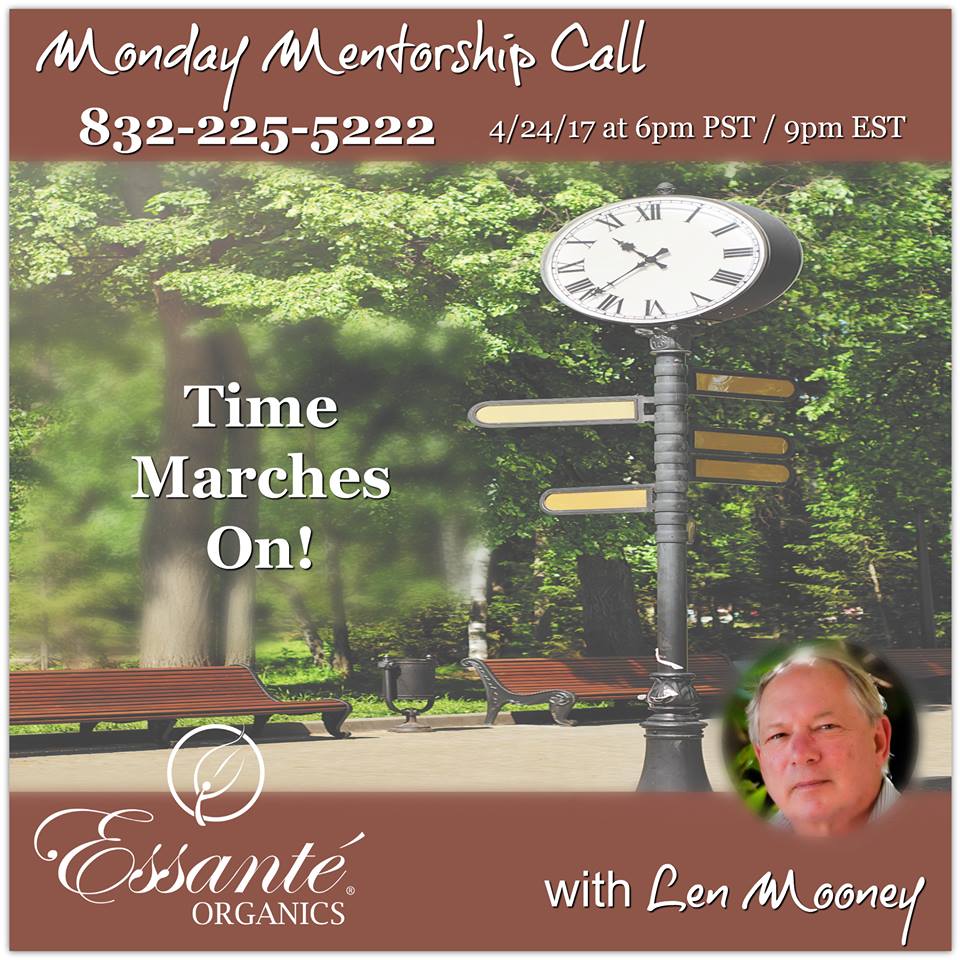